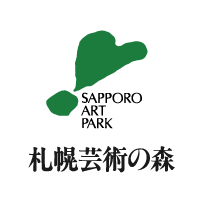 Sapporo Art Park opened in July 27, 1986, and endeavors to create a new forum of arts and culture for the Northern region. In 1999, the park completed a 15 year, 3 stage process of renovations.

SAPPORO ART PARK symbolizes Sapporo as an artistic and cultural city. Its purpose is to cultivate unique new culture in Sapporo and create an environment in which the city, the arts, and culture exist in harmony with Sapporo’s natural beauty.

The Sapporo sculpture garden, Sapporo Art Museum and Craft Hall feature permanent exhibitions of sculptures from Japan and abroad in vast grounds that look different each season. Our projects throughout the year focus on planned exhibitions in these venues, musical and theatre productions and performances, and educational projects teaching arts and crafts (pottery, dying, weaving, woodworking) and block prints.

We also rent out our workshops and other facilities for users to create, practice, and present. Educational arts projects such as PMF and ballet seminars are held on the Outdoor Stage, Art Hall, and attract instructors and participants from abroad.

SAPPORO ART PARK is loved by all as a place to come to know art through seeing, experiencing, and creating, and to interact with others in a rich natural environment.

〈Public Transport〉
Get off the Namboku Subway Line at Makomanai Station. Take the Soranuma or Takino bus from Chuo Bus stop no. 2 and get off at Geijutsu no mori iriguchi or Geijutsu no mori Center.

■1st period plan (1984 - 1987)
The first period plan focused on improving the quality of artistic and cultural activities, mainly hands-on creation and training. In a field that requires early preparation and promotion of facilities, we began the project in 1984 with the goal of promoting SAPPORO ART PARK and establishing facilities within it that fit with the natural environment of SAPPORO ART PARK more than with the city.

■2nd period plan (1988 - 1991)
The second period began in 1988 with the goal of expanding the range of SAPPORO ART PARK’s activities and continuing to prepare facilities that more citizens could use to expand their perspective on culture and the arts.

■3rd period plan (1992 - 1999)
In the third period, we revised the first and second periods for a final finish, constructed facilities based on citizen demands and the basic plan, and also worked to expand the functions of SAPPORO ART PARK based on actual use history.